Sleep eludes me. Though I try valiantly to avoid disturbing Gwen with my wakefulness, it seems I’m unsuccessful, for she snuggles close and lays a hand on my chest in a gesture of comfort. “Thinking about the boy?” she asks.

Since Petronilla affirmed that the lad who’d interrupted our banquet was indeed the young Viscount Aleffe, I’ve been able to think of nothing else.

Denis, Viscount Aleffe. Grandson of my dear friend and our great ally, the late King Goscelin of the Kingdom Across the Southern Sea. Betrothed to my cousin, Harold’s daughter, Richenda. Heir to the throne if King Charles is unable to overcome his aversion to women long enough to produce a son. A pawn in the factional unrest in that kingdom. How did he get here? And how did he get into our celebration?

The joy I’d felt at finally being able to make my friend Samuel a lord as a reward for the extraordinary services he’s rendered to me and to the kingdom, many of which must still remain secret but not least of which was winning the war launched against us and driving all of Charles’s forces out of the kingdom . . . that joy vanished in an instant when the viscount threw himself at my feet, asking for protection. Matthias, the steward, took him away and put him somewhere to sleep. But the import of the young man’s actions has been with me ever since.

“Aye.” I put an arm around Gwen, and she lays her head on my shoulder.

“I can’t help but wonder why he approached you so boldly in such a public setting,” she remarks.

“I’ve been wondering the same. Was he acting on instructions from someone with a calculated plan? And if so, who? And to what purpose? Someone trying to draw us into the instability over there?” 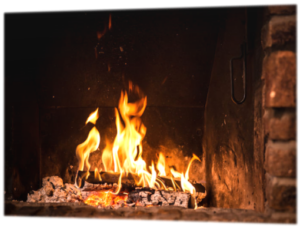 “Perhaps it was no more than youthful naïveté . . . just a frightened young man, sent away for his own safety and taking whatever opportunity he could find to speak to you.”

“Regardless, half the kingdom and all of Charles’s spies will know by morning that he’s here. And therein lies the danger. If I don’t immediately send him back . . .” I let the rest hang in the air.

We lie together in silence, each with our own thoughts. Finally Gwen says, “He has to vanish, you know. Before anyone can lay a hand on him or speak with him.”

“What about Petronilla and Richenda?”

“Especially them. They’d be the first ones Charles’s spies would pursue. Petronilla would easily recognize and deflect such an approach, but Richenda hasn’t the experience.”

“He must disappear, Alfred. Tonight, if possible.”